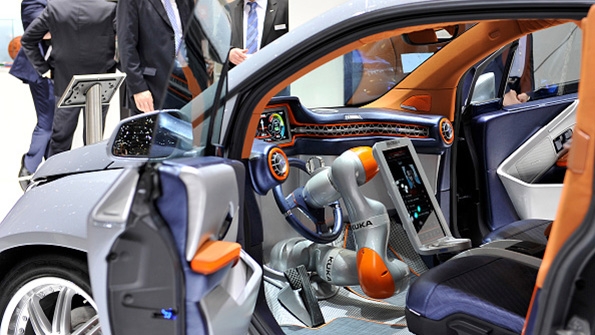 eeking to make a dent in the autonomous marker will have to convince the public that letting go of the wheel is safe. They’ll also have to deal with the biggest threat to the cars’ security: the humans using them.Toyota, Nissan and Honda are intent on putting autonomous cars on highways — and for Nissan, city roads, too — by 2020, and the triumvirate of Japan’s auto industry was keen to stress the advances made so far at the recent Tokyo Motor Show.Their stated goal — preventing deaths on the road — is laudable, but the technological arms race is also highly lucrative: consultancy firm AT Kearney has estimated the market for the self-driving car could be worth more than $566 billion by 2035.Nissan CEO Carlos Ghosn told reporters at the Tokyo show that the company has high hopes the technology will save lives while altering car journeys forever.

Only about 6 percent of the country’s biggest cities are planning for or thinking about autonomous vehicles or self-driving cars in their long-range transportation plans, according to the National League of Cities.What’s even more surprising is that only 3 percent of these cities’ transit plans are even taking into account the impact of ride-hailing companies like Uber and Lyft even though they already operate in 60 of the 68 largest markets in the U.S. That’s according to a content analysis of transportation planning documents from the country’s 50 most populous cities.Change is coming fast. Seven auto manufacturers and technology companies including Cadillac, Tesla, Google, Volvo, Audi, Mercedes-Benz and Nissan have said they expect to bring driverless cars to market by 2020.

Source: How Many American Cities Are Preparing For The Arrival of Self-Driving Cars? Not Many. | TechCrunch 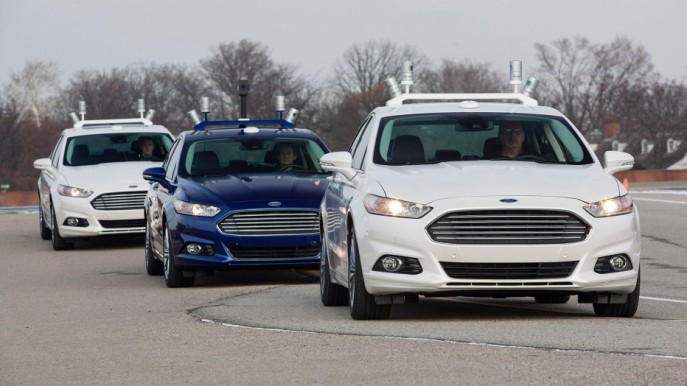 The automaker hasn’t said much about its plans for the autonomous age, but is starting to tip its hand. It is road-testing a fleet of self-driving Ford Fusion Hybrids in Dearborn, Michigan, and hopes to expand beyond its hometown. What’s more, the company wants to offer a no-kidding, it’s-fully-autonomous car in five years. No middle ground, not half measures, just a headlong leap into robo-vehicles.Why? Because it wants to avoid one big problem with semi-autonomous technology.In the world of automotive engineering, automation falls into one of six classifications, from Level 0 to Level 5. The lowest level has no autonomous technology whatsoever; it’s basically a Model T. Each additional level adds increasingly sophisticated technology up to Level 5, in which computers handle everything and you are strictly along for the ride.We’re really focused on completing the work to fully take the driver out of the loop.DR. KEN WASHINGTON, FORD VP OF RESEARCH AND ADVANCED ENGINEERINGFord, like most automakers, sits at Level 2. Its cars have lots of active safety systems like blind spot monitoring, parking assist, pedestrian detection, and adaptive cruise control, but the driver is always in charge. With Level 3 capability, the car can steer, maintain proper speed, and make decisions like when to change lanes, but always with the expectation that the driver will take over if necessary.Ford wants to go right to Level 4, full autonomy, in which the car does everything and human involvement is strictly optional. Don’t feel like slogging through the morning commute, but want to hammer a winding back road this weekend? That’s Level 4.Ford wants to skip Level 3 because it presents the one of the biggest challenges with this technology: How to safely transfer control from the computer to the driver, particularly in an emergency. It’s a balancing act, one that requires providing drivers with the benefits of autonomy—like not having to pay attention—while ensuring they are ready to grab the wheel if the car encounters something it can’t handle. Audi says its tests show it takes an average of 3 to 7 seconds, and as long as 10, for a driver to snap to attention and take control, even with flashing lights and verbal warnings.A lot can happen in that time—a car traveling 60 mph covers 88 feet per second—and automakers have different ideas for solving this problem. Audi has an elegant, logical human machine interface. Volvo is creating its own HMI, and says it will accept full liability for its cars while in autonomous mode. 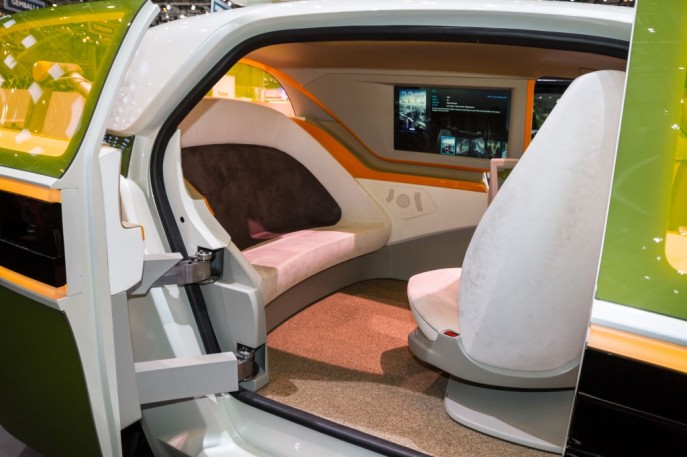 SEOUL, Nov. 8 (Korea Bizwire) – South Korea’s top automaker Hyundai Motor Co. is poised to showcase its first self-driving vehicle in December, industry sources said Sunday, heralding the full-fledged commercialization of the novel technology in the country.Hyundai plans to roll out the latest version of its Genesis luxury sedan equipped with the so-called highway driving assist (HDA) system, according to the sources.The HDA system is designed to keep a car within the lane, maintain a safe distance from the car ahead and provide a navigation-connected system that gives warnings of maximum and minimum speeds on highway sections.It is designed to enhance the driver’s ability to cope with diverse situations that could happen on highways.A Hyundai official said the company’s launch of the model will usher in the era of autonomous driving in South Korea.According to the sources, Hyundai plans to apply the autonomous driving function to its other vehicles from 2020, which will “maximize” the safety for drivers in numerous road conditions.

Source: Hyundai to Show Its First Self-driving Vehicle Next Month | Be Korea-savvy

A family with three cars will be able to get by with two or maybe even one, depending on their work and school schedules. White-collar workers will benefit from being able to work on the way to and from their jobs, allowing them to live in distant suburbs. The car could take one spouse to work and return home for the other. For all families, getting the kid to soccer at 6 p.m. would be done automatically. The days of ordering a Zipcar from your smartphone and having it turn up at your door 15 minutes later will eventually come. The result will be more “driving” even as fewer people own cars. 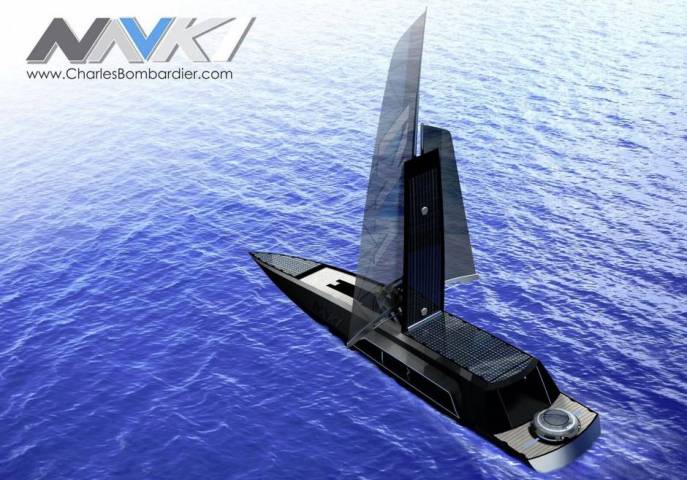 The Nauki is a self-driving sailboat concept powered by the wind. Its main purpose would be to sail the world’s oceans and relay scientific and technical data pertaining to marine conditions. Its sails can be deployed and retracted automatically from its storage below deck depending on the weather. The boat is covered with solar panels to power all the monitoring and scientific equipment.

Source: A self-driving sailboat to patrol the oceans and monitor the environment – The Globe and Mail 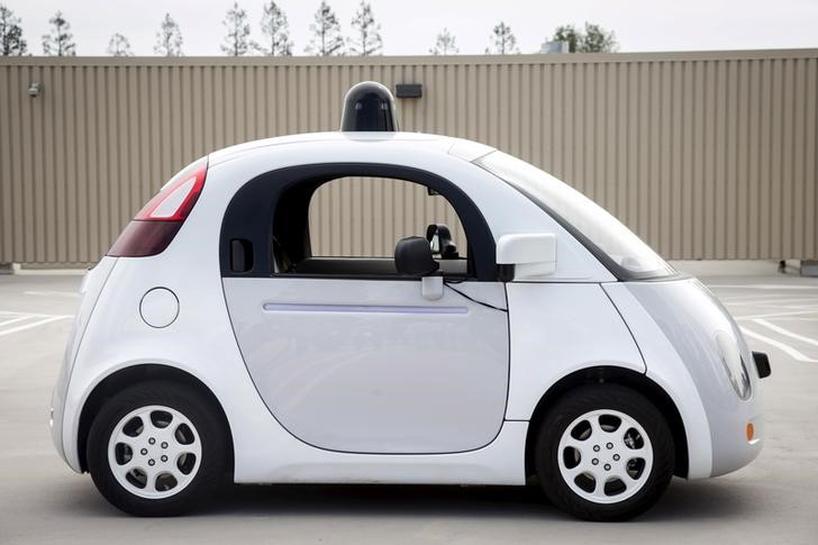 Japanese Prime Minister Shinzo Abe will ease regulations to allow for self-driving cars to be tested on public roads from fiscal 2017 with the aim of companies providing the service for the 2020 Olympics in Tokyo.Abe’s decision, which came from a meeting with the head of Toyota Motor Corp and other executives, could be a boon for Japan’s auto sector as they catch up with Google in the development of self-driving cars.Promoting the technology could also spark innovation and capital expenditure, two elements that economists say are essential if Japan wants to break out of its decades-long cycle of bouncing in and out of recession.