Kalashnikov Concern, the largest arms manufacturer in Russia, recently released a YouTube video of a man flying a hoverbike on September 25, 2017. A pilot flew the hoverbike inside a warehouse among a crowd of bystanders. The video only showed a preview of the Russian innovation, but the 16 motor manned aerial vehicle (MAV) is still a working prototype.

Microsoft’s first mission statement envisioned a computer on every desk and in every home, but Bill Gates also had another goal: that computers would someday be able to see, hear, communicate and understand humans and their environment.More than 25 years and two CEOs later, Microsoft is betting its future on it.“We truly believe AI is this disruptive force, even though it’s not new,” said Harry Shum, the executive vice president in charge of Microsoft’s AI and Research group, in an interview with GeekWire. “The recent progress is just enormous. We certainly have seen that through our own products and engagement with customers. We also feel we have a very strong point of view about how we take AI to the next step.”Microsoft CEO Satya Nadella formed the Microsoft AI and Research group one year ago this month as a fourth engineering division at the company, alongside the Office, Windows and Cloud & Enterprise divisions. The move reflects Nadella’s belief in “democratizing AI,” making it available to any person or company, and radically changing the way computers interact with and work on behalf of humans.One way to measure Microsoft’s AI bet: In its first year of operation, the AI and Research group has grown by 60 percent — from 5,000 people originally to nearly 8,000 people today — through hiring and acquisitions, and by bringing aboard additional teams from other parts of the company. 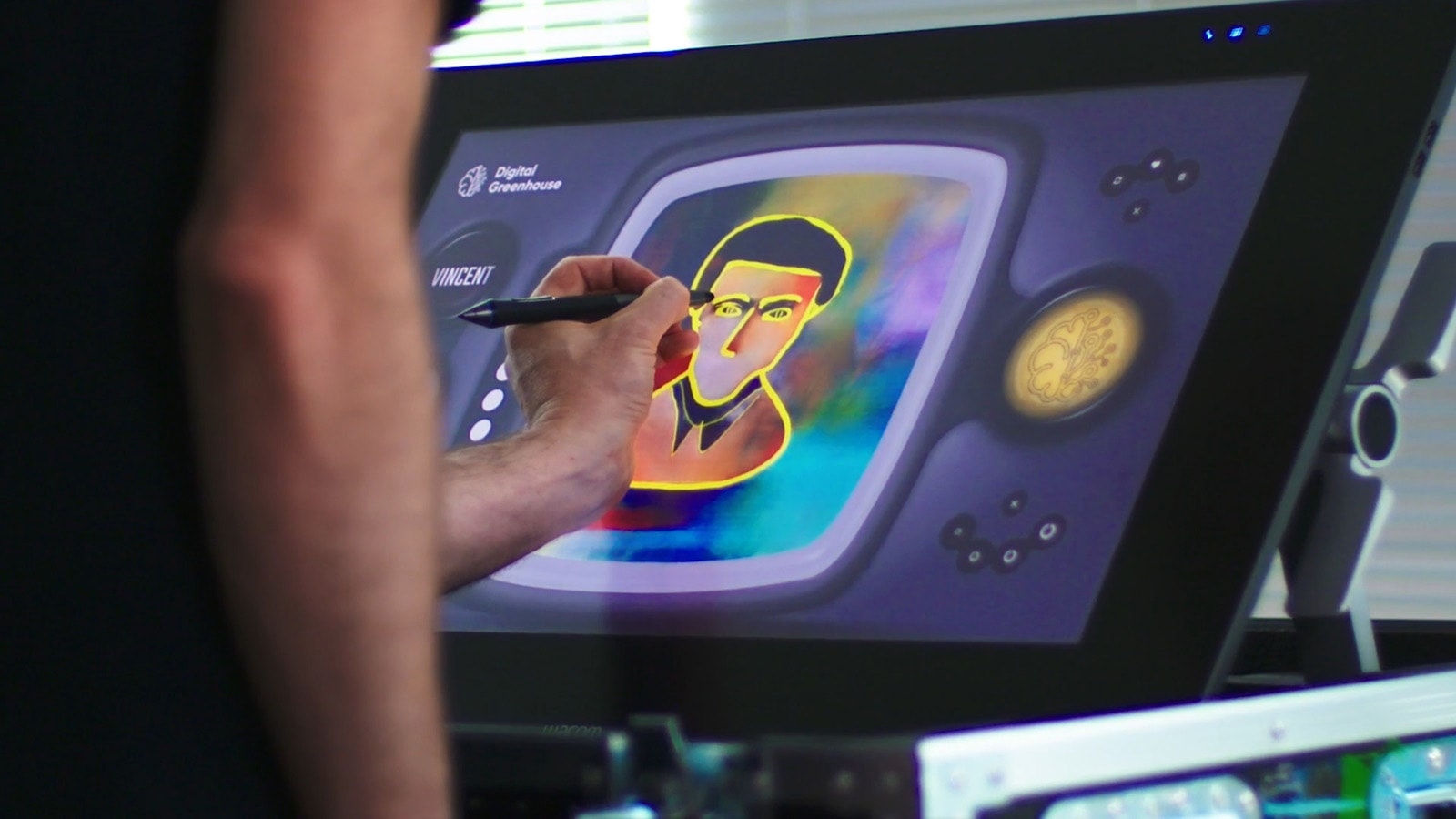 Applying its vast knowledge of art from the Renaissance to today, “Vincent” can take your simple sketch and transform it a finished painting influenced by Van Gogh, Cézanne and Picasso. “We’re exploring completely uncharted territory –- much of what makes Vincent tick was not known to the machine learning community just a year ago,” said Cambridge Consultants Machine Learning Director Monty Barlow.

Amazon’s new artificially intelligent fashion designer may not be ready to vie with real-world fashion giants, but it raises questions about the fashion industry’s creative future.LIFE & CULTUREGet updates direct to your inboxE-mail *By registering you agree to our T&Cs & Privacy PolicyHong Kong tech expert Tak Lo, who runs the AI start-up factory Zeroth, says he is captivated by AI’s creative advances. Lo expects to see further advancements in the industry, believing that creativity is less complicated than people think. “The creative process is actually very standardised,” he says.According to Lo, at their most basic level, designers essentially analyse previous work, assess what is trending, then test a few styles – some are commercially successful, others are not. In his view, a mathematical model can mirror that process

Source: Could advances in AI fashion design signal the beginning of the end for the industry? | South China Morning Post

Tesla is reportedly now working with the chip manufacturer AMD on the development of its own self-driving tech management AI chip, according to an unnamed source quoted by CNBC in a recent article.According to that source, Tesla has now “received back samples of the first implementation of its processor and is now running tests on it” — bringing the company closer to its goal of being entirely vertically integrated and not dependent upon outside firms for key components.This processor is, as noted above, based on top of AMD intellectual property, so complete independence is clearly not going to be the case within the immediate future, but perhaps not too long into the future either.

Renault has partnered with global infrastructure operator Ferrovial Services to create a car-sharing service in Madrid, called Zity. The new company will initially offer a fleet of 500 ZOE EVs located within the capital’s M-30 beltway, and in some adjoining areas.Ferrovial operates toll roads, airports and other municipal services in more than 20 countries.Renault’s ZOE, one of the most popular EVs in the European market, offers a real-world range of approximately 186 miles.

A recent ceremony in Turin, a city rich in automotive history, inaugurated the arrival of Italy’s first BYD electric buses. Three e-buses arrived in the historic Piazza Castello, to be met by the Mayor of Turin and other civic leaders.The three 12-meter e-buses are the first of 23 to be delivered by BYD to Gruppo Torinese Trasporti, which serves a metropolitan area of two million citizens and operates a fleet of over 1,100 buses.Twenty of the new buses will serve routes in Turin, and three will operate in nearby Novaro, connecting the city centers with suburban areas. BYD will supply full service support for 10 years.“Italy, together with the UK, France and countries in Benelux and Scandinavia, is now truly a top market for BYD in Europe thanks to the vision of GTT to make Turin green,” said Isbrand Ho, Managing Director of BYD Europe

If you’re hauling things around on a bicycle, then a little motorized assistance mightn’t go astray. We have seen a few quirky attempts at electrifying three-wheeled cargo bikes over the years, including standing versions that tilt into corners and meatier versions built to go off road. The latest to cross our desk takes a cleaner and more minimalist approach, and also comes with a handy GPS feature in case you need to track it down if it goes missing.–– ADVERTISEMENT ––The movE electric cargo bike is a product of seven years of development from Sanitov Studio, a London-based design studio. A removable 36 V, 15.6 Ah battery powers a 250 W motor integrated into the front hub, nudging the rider along at speeds of up to 25 km/h over a 50 km range (15 mph over 31 mi).

As autonomous vehicles of all shapes and sizes continue to gain momentum, truck platooning is something we’re starting to hear more and more about. The basic idea is that, fitted with self-driving technology, trucks wirelessly tethered with one another can roll down the highway in a tighter formation than would be possible with humans at the wheel. Daimler is set to trial such trucks on selected highways in the US as it begins testing of its truck platooning technology on American soil for the first time.

Source: Daimler’s self-driving truck platoons to roll onto US highways

Dubai is moving full steam ahead toward a futuristic skyline dotted with modern skyscrapers and flying taxis by kicking off trials of the Volocopter two-seater aircraft. The all-electric 18-rotor vehicle took to the skies for the first time over the city on Monday as the city looks to establish what would be world’s first self-flying taxi service.–– ADVERTISEMENT ––The Volocopter first emerged in 2013 as an audacious electric aircraft, and has gathered quite a bit of momentum in the subsequent years through a series of successful test flights and, more recently, a US$29 million investment from Daimler. Designed to autonomously carry two passengers from point A to point B without a pilot, the Volocopter in its current form can fly for 30 minutes at a time with a top speed of 100 km/h (62 mph).Dubai announced its plans to trial the Volocopter back in June, and has rebranded it as the Autonomous Air Taxi (AAT) for its purposes. It is hoped the aircraft will play a role in having autonomous vehicles handle a quarter of all passenger journeys in the city by 2030.

The double-bodied airplane is designed to serve as a mobile launch platform to carry rockets into low-Earth orbit. [Supersonic! The 11 Fastest Military Airplanes] 00:42 01:43According to the scheme, the Stratolaunch plane will make a runway-style takeoff, and when the aircraft reaches a cruising altitude of 36,000 feet (11,000 meters), the rockets it’s carrying will detach and then launch small satellites into low-Earth orbit.

The survey is full of supporting data, but one number really stands out in the compilation of findings. That is, Harley Davidson, the motorcycle maker, saw a 2,930% increase in sales leads using an AI tool over three months. The Capgemini report authors cited a Harvard Business Review article, which described the company’s employment of an AI system, called Albert, which employed AI to help generate leads and analyze marketing campaign variables.ADVERTISINGAs originally reported in HBR, “once it determined what was working and what wasn’t, Albert scaled the campaigns, autonomously allocating resources from channel to channel, making content recommendations, and so on. For example, when it discovered that ads with the word ‘call’ – such as, ‘Don’t miss out on a pre-owned Harley with a great price! Call now!’ – performed 447% better than ads containing the word ‘buy,’ such as, ‘Buy a pre-owned Harley from our store now!’ Albert immediately changed ‘buy’ to ‘call’ in all ads across all relevant channels.

Source: 6 Ways To Get Your Artificial Intelligence Motor Running 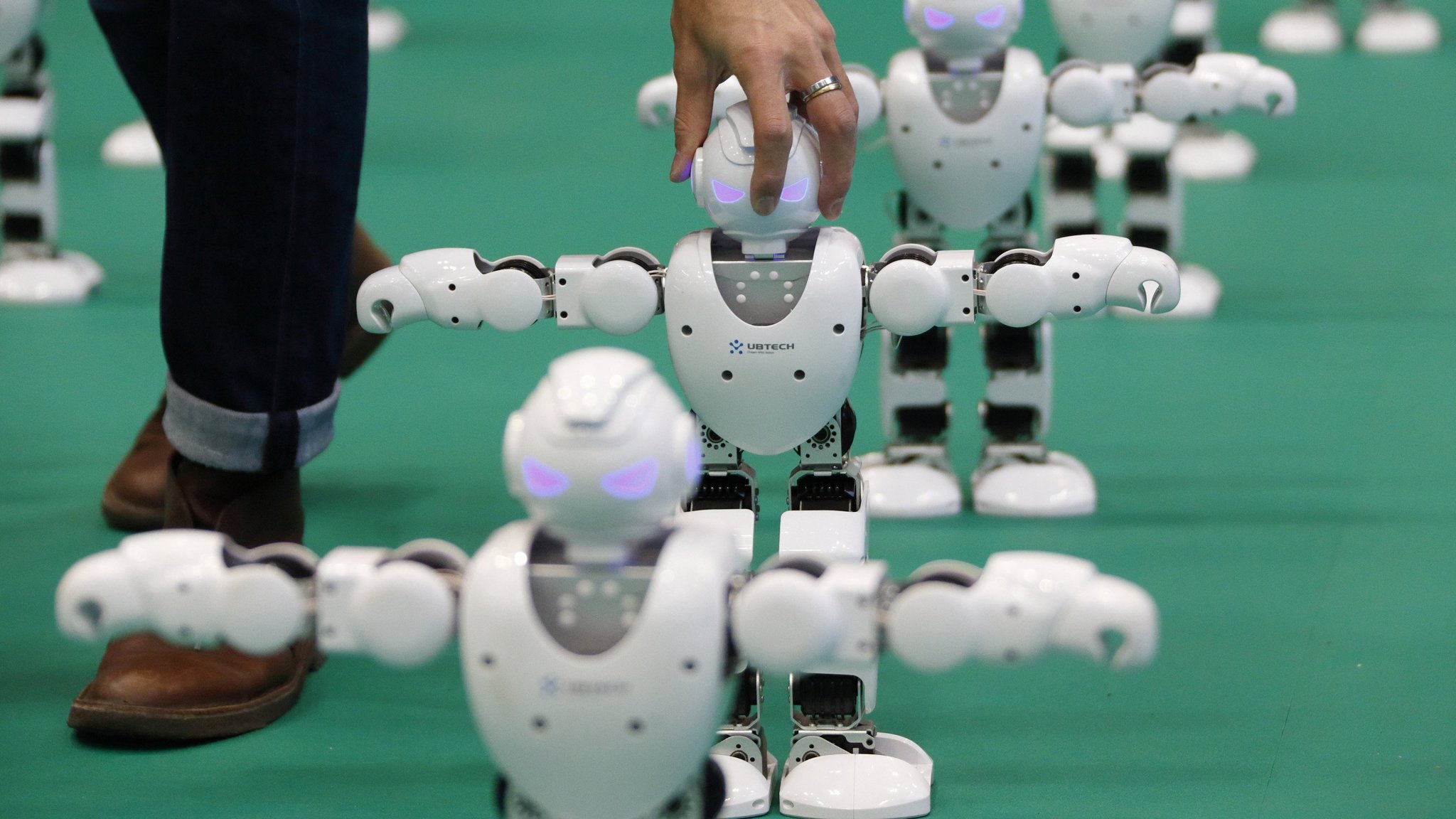 Perhaps I have been mixing with the wrong bots. But I suspect my experience reflects a deeper truth. While we quake at the possibility of self-taught machines ruling the world, the real robot revolution is taking place in the boring backwaters of working life: not so much The Singularity as The Mundanity.The more useful application of AI at the salon is not a scissor-handed cyborg, but a tireless drone sweeping up and carrying coffeeTake my barber. He is struggling to hire a trainee. If only you could recruit a robot, I suggested recently. His eyes went a bit dreamy for a second. “I can’t wait — I’ll buy three of them, set them off at the beginning of the day and come back at the end. In fact,” he enthused, like the capitalist he is, “I could have them running all night!”

Source: What the rise of the AI dull-bots means for humans

In his newly published book, “Life 3.0: Being Human in the Age of Artificial Intelligence,” Tegmark lays out a case for what he calls “mindful optimism” about beneficial AI — artificial intelligence that will make life dramatically better for humans rather than going off in unintended directions.

KYODOSEP 25, 2017ARTICLE HISTORY PRINT SHARENTT Corp. and Toyota Motor Corp. announced Monday the launch of a joint research project to promote the development and use of “partner robots” tasked with helping people in their everyday lives.NTT will provide its Corevo artificial intelligence technology that enhances nonverbal interactions between humans and robots as well as improving voice recognition and dialogue control techniques.They will be incorporated in an existing Human Support Robot developed by Toyota. That robot is capable of basic functions crucial to daily life, including picking up objects from the floor and communicating with families and caregivers.